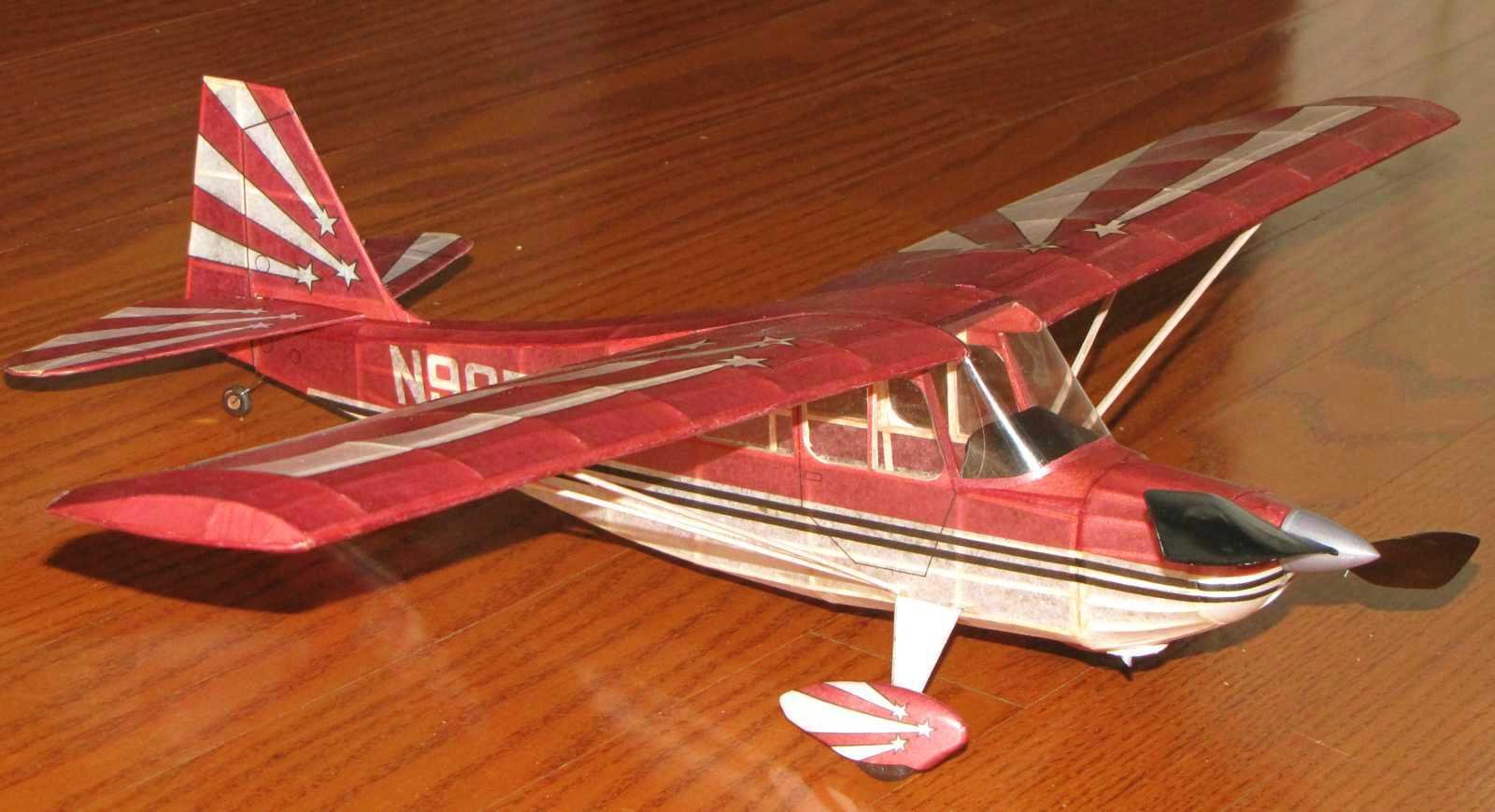 This is a 25" span rubber powered model of the Champion Citabria. The specific aircraft represented by this model was built in 1966. The Citabria saw several configuration changes during its production life. The aircraft modeled is an example of an aircraft built early in the production run.

This model features removable wing panels, wing struts, and landing gear legs. This makes it easier to store and transport the model. The model in the photos has the nose block, spinner, propeller, and wheel pants 3D printed. The plan shows those parts being made from balsa wood. The weight difference between making the parts from balsa and 3D printing is about 4 grams. Fortunately, the added weight of the 3D printed parts is forward of the Center of Gravity (CG) location. That eliminates the need for nose weight when the rubber motor is installed in the model. As a result, the actual flying weight of the model is about the same if using balsa or 3D printed parts. It should be noted that the 3D printed parts for this model used ABS plastic and a home Fused Filament printer. That material is 20% lighter than PLA plastic which is commonly used for home Fused Filament 3D printers.

This model was designed for the Flying Aces Club (FAC) Modern Civilian event.

Provided here are the plan package, an assembly guide, layouts for creating the inkjet printed tissue used on the model in the photos, .stl files for the 3D printed parts, notes for 3D printing the provided files, and some color photos of the full scale aircraft. 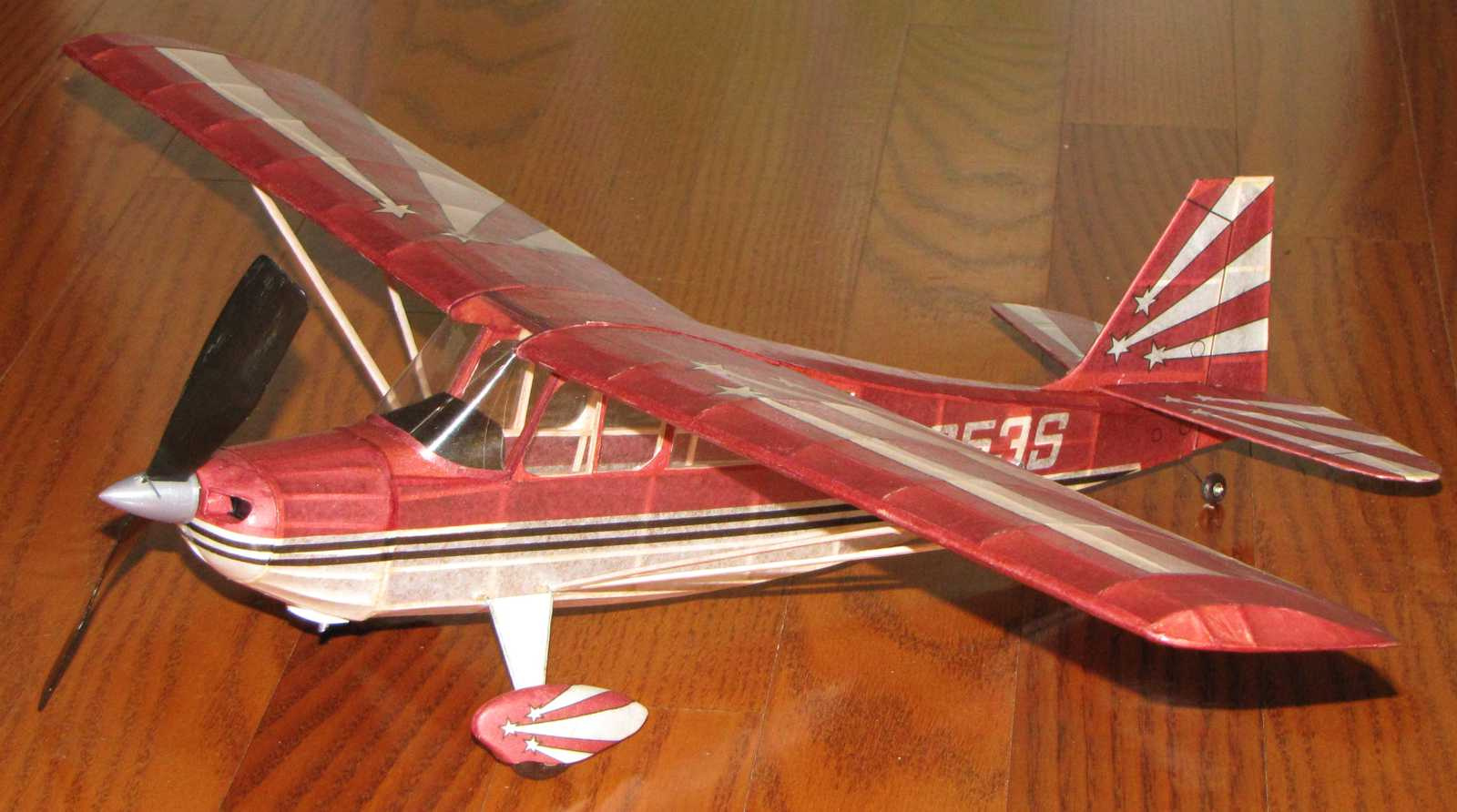 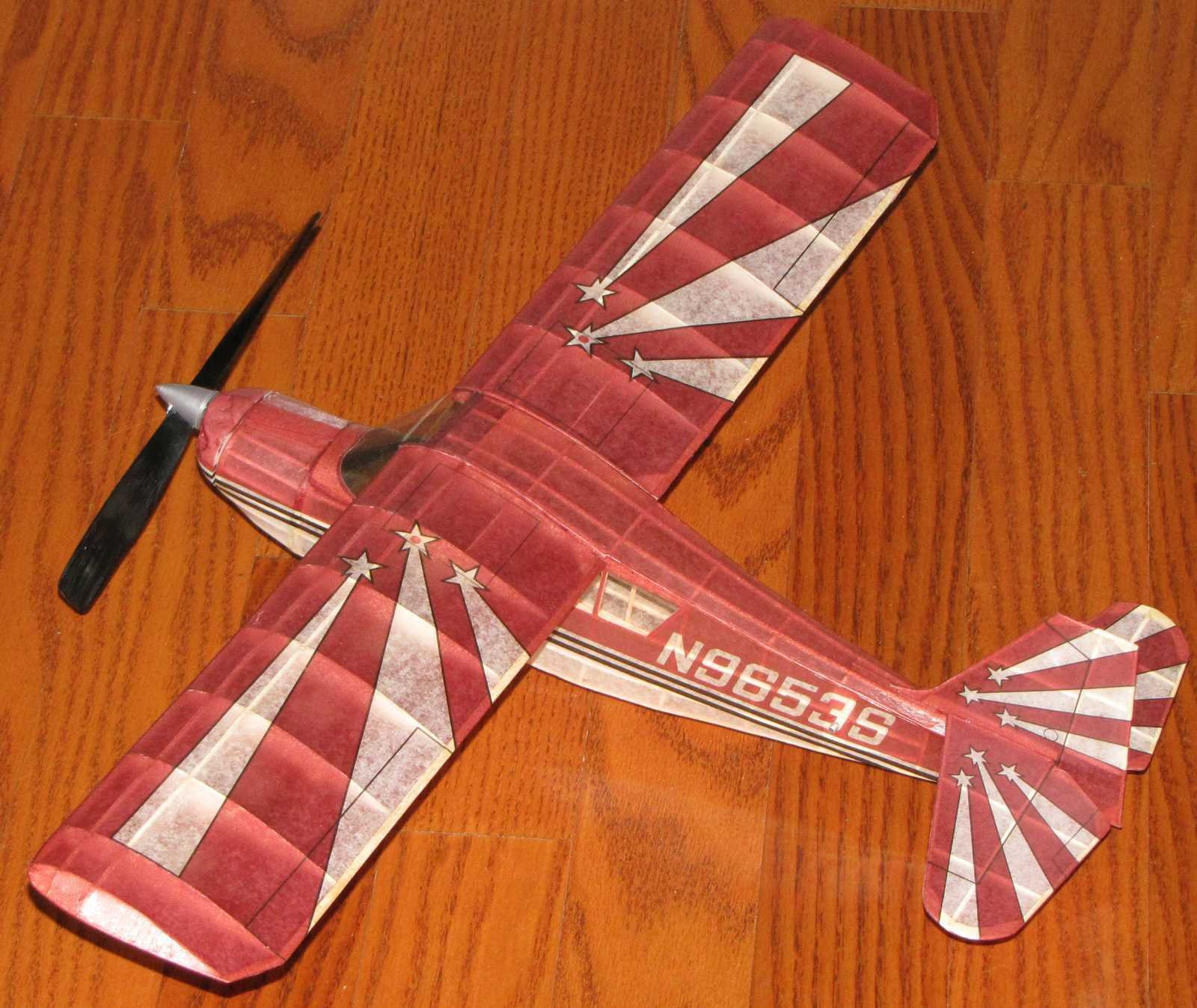 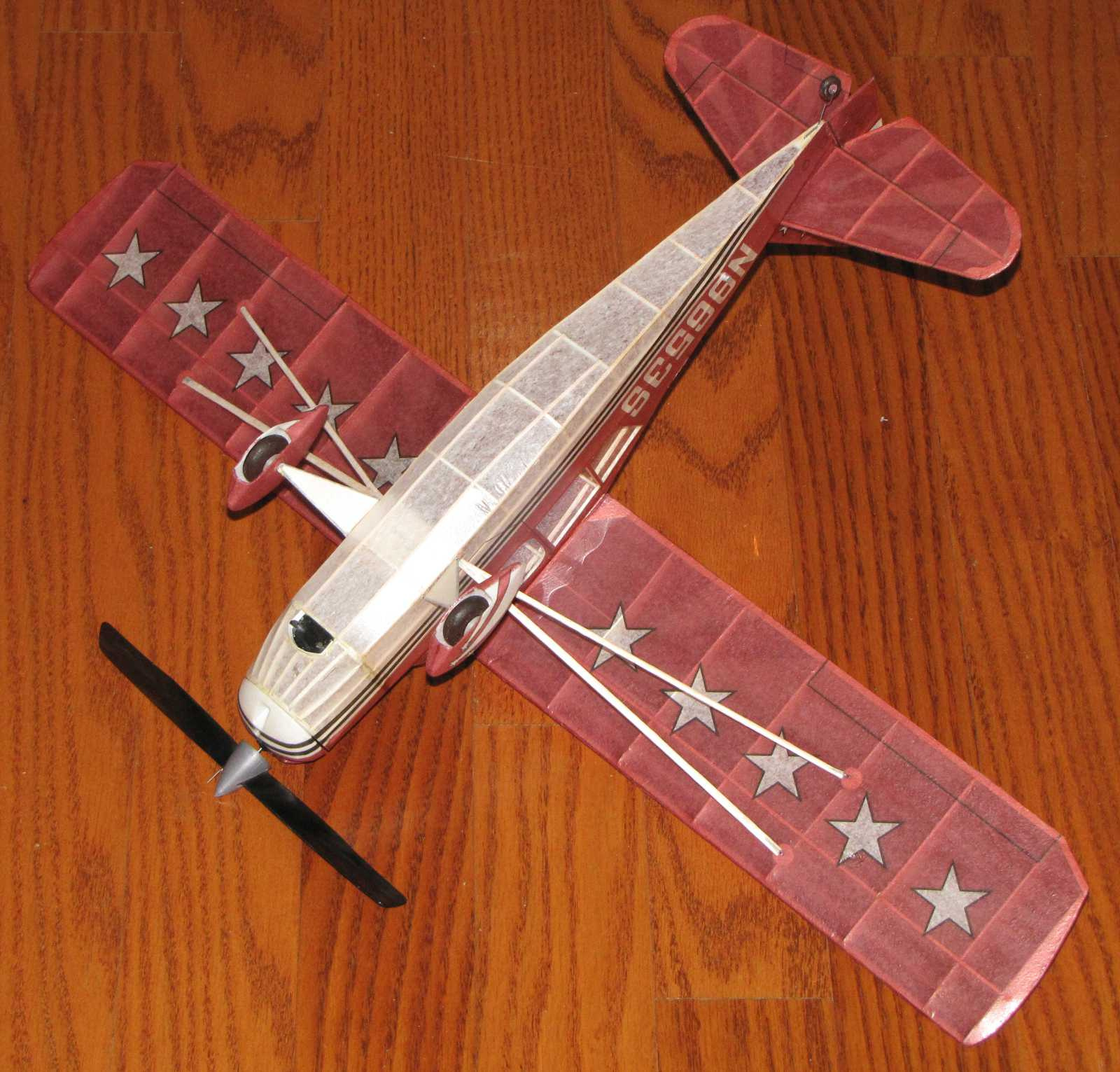 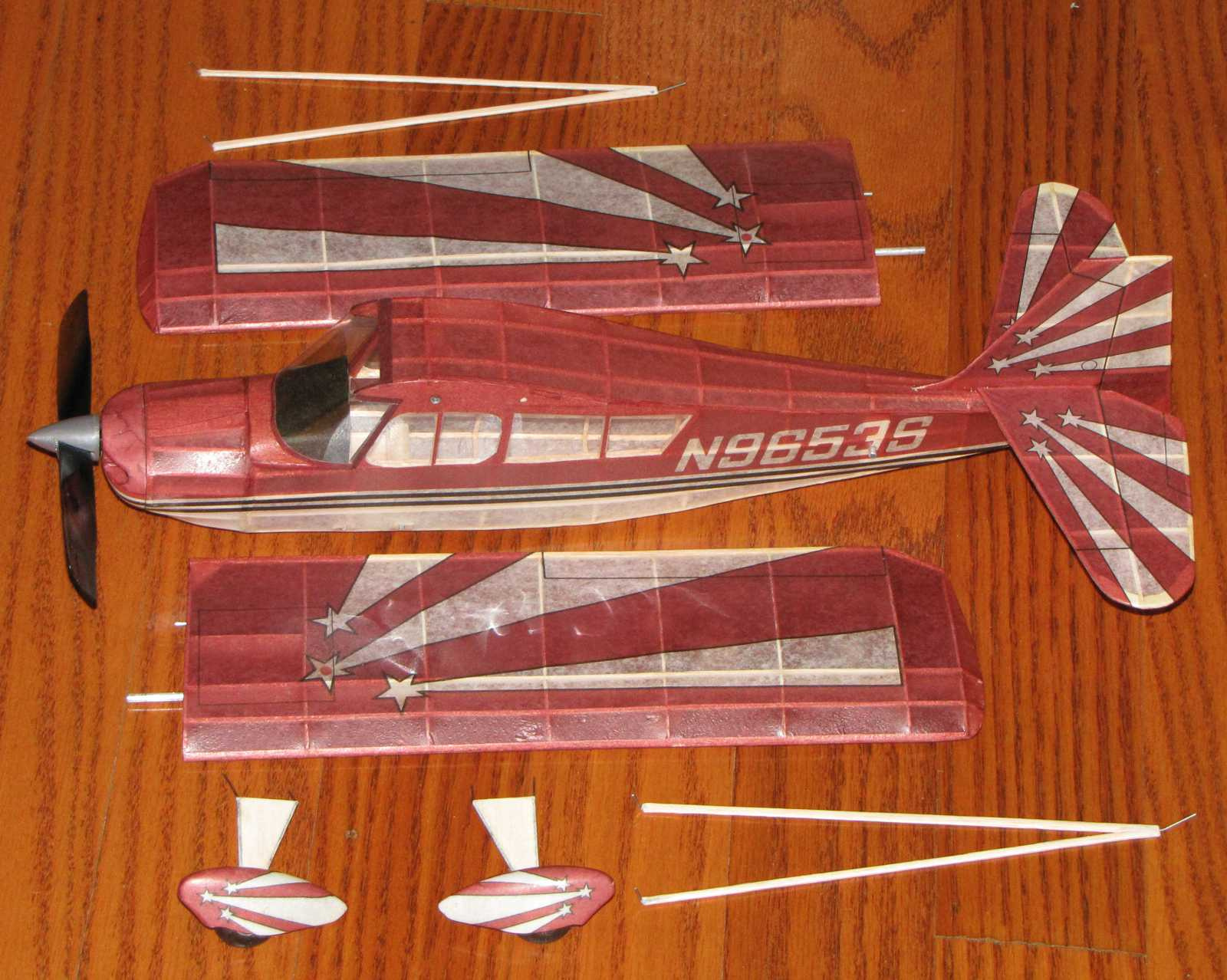