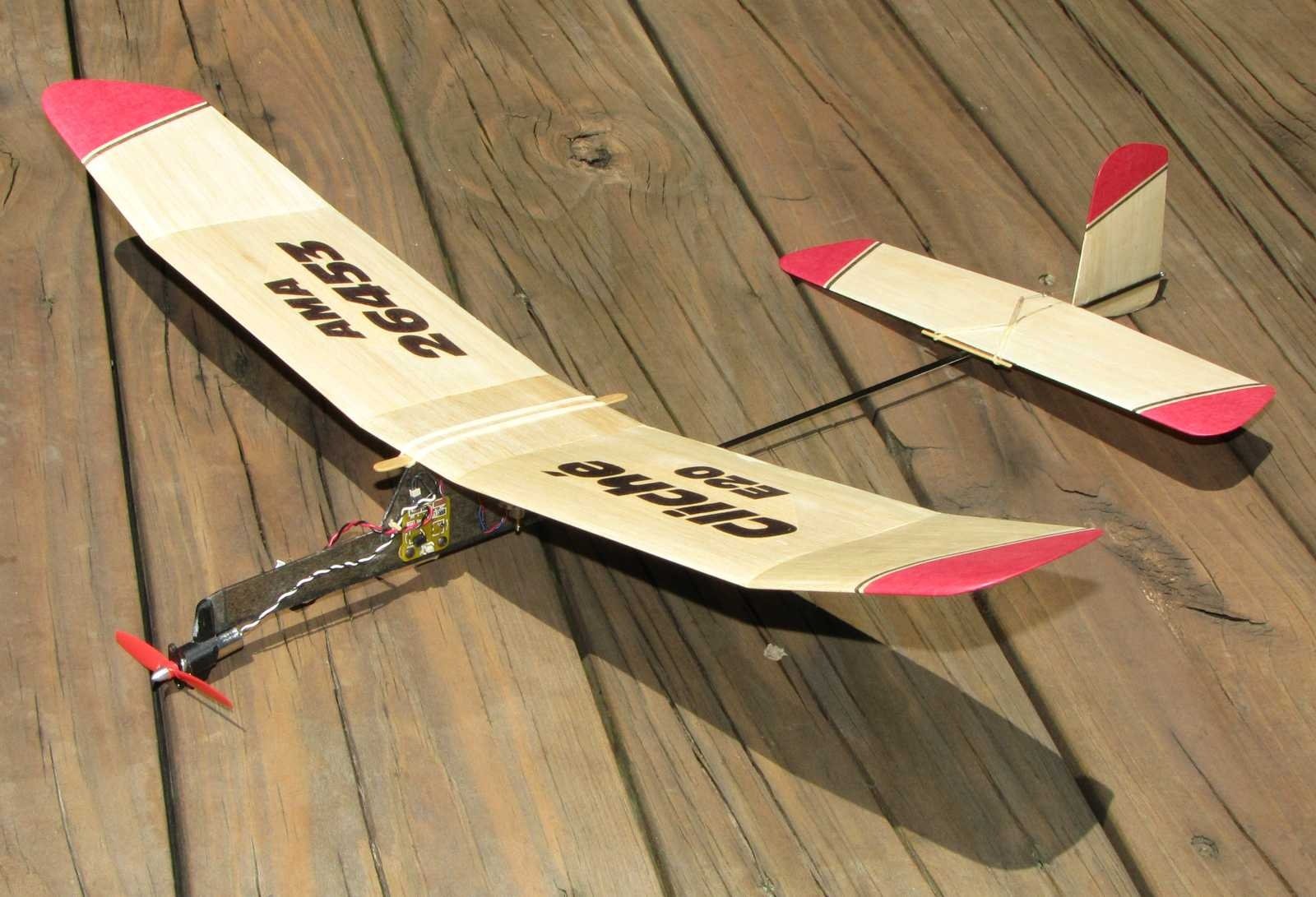 After winning the 2016 U.S. Free Flight Nationals E20 event with a model designed and built by Bob Selman, Ralph Bradley decided he needed to develop an E20 of his own design. After some rough sketches and some thought he came up with a design that became the Cliché. His sketches were in the form of templates rather than a traditional plan. After deciding on the general form of the model, he felt the design looked like a Free Flight cliché. Hence the model's name.

Ralph was able to win the 2017, 2018, and 2019 U.S. Free Flight Nationals E20 event with his Cliché. Built much like a traditional hand launch glider with a solid balsa wing, the model is a pretty straight forward build. Careful wood selection is a must in order to keep the model's weight at or near the minimum allowed of 30 grams. As presented here, the design conforms to the E20 rules presented on the National Free Flight Society

(NFFS) web site. The motor run time and DT function are handled by a timer from Bob Selman. While Bob is no longer running a regular model supply business, he is making timers on request. You can contact him at bselman@ecarthage.com.

Presented here are the plan in tiled print format (will print on A4 and U.S. Legal size paper), and a 3D print file for the motor mount. When printing the plan sheets, make sure print scaling is set to "Full Size". 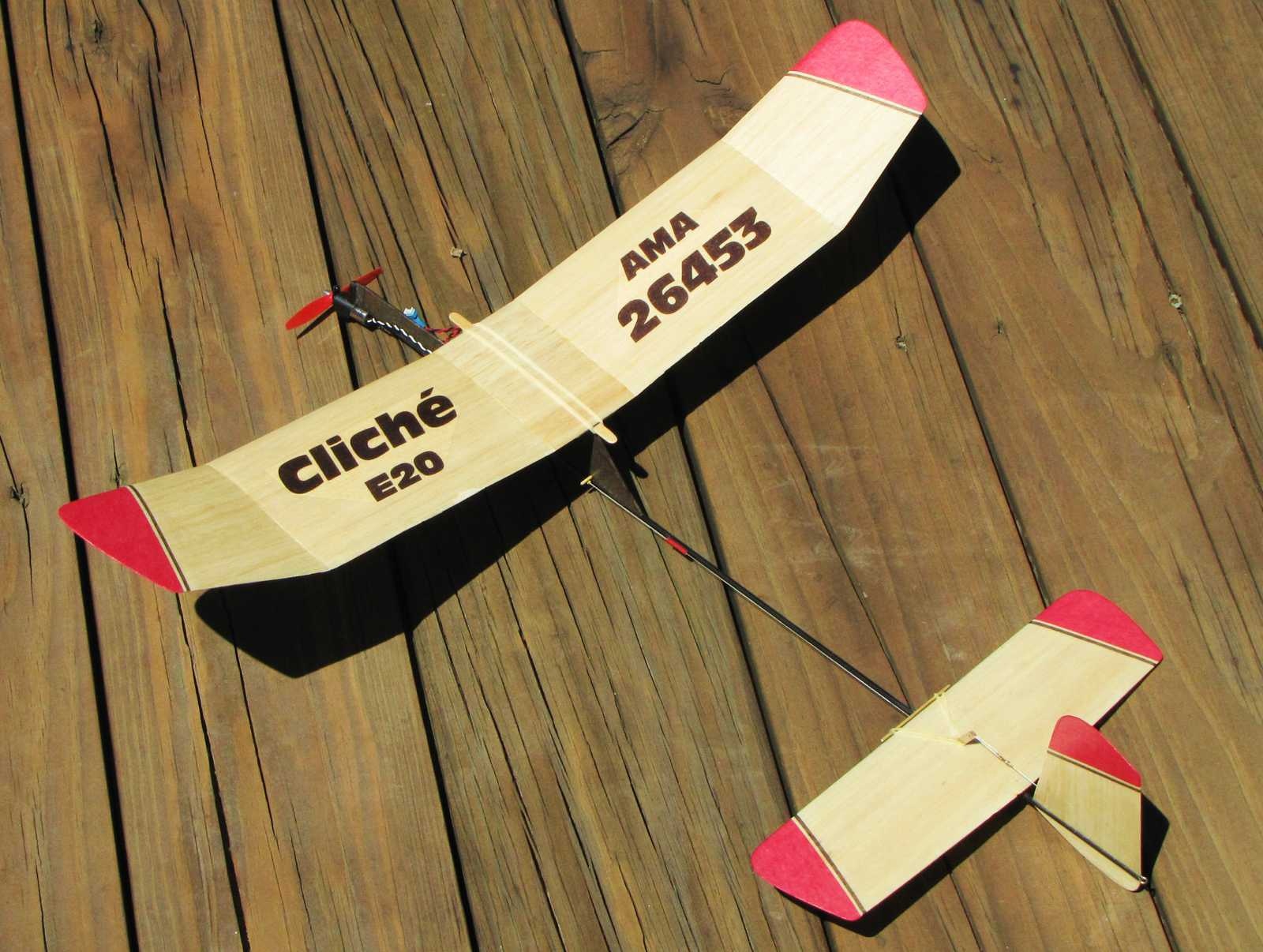 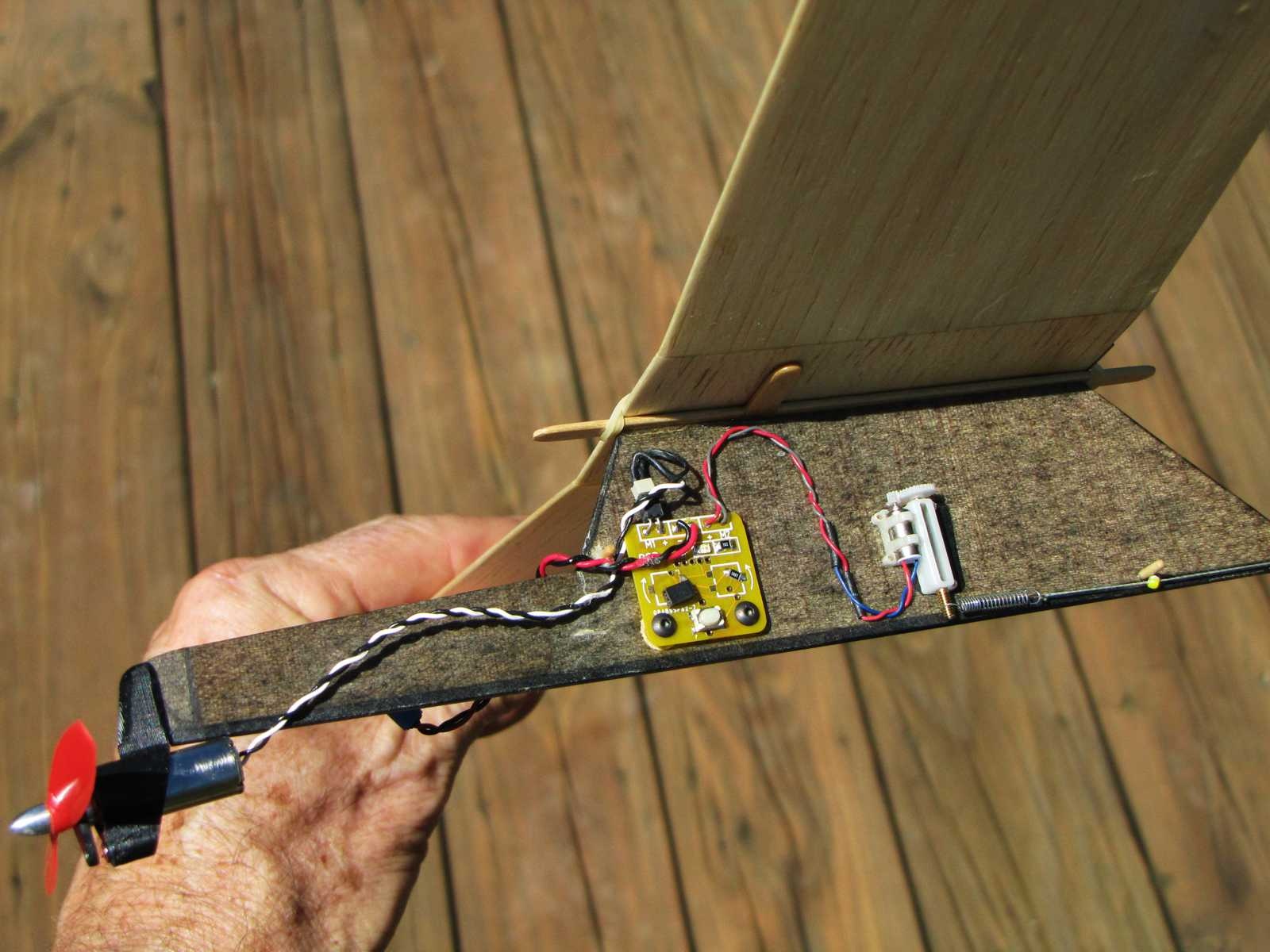 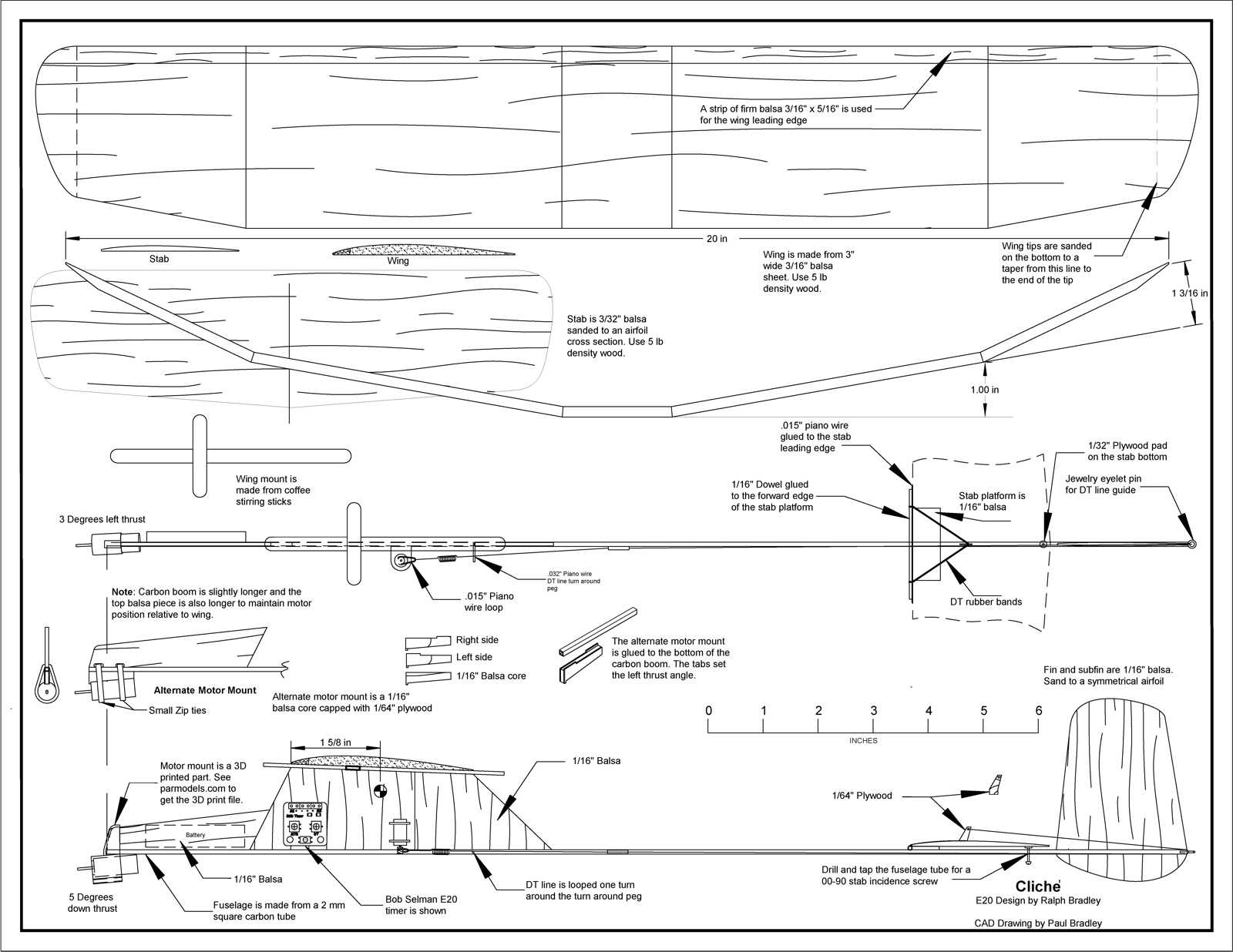